The Inflation Reduction Act is law—what’s next? - PAN Foundation 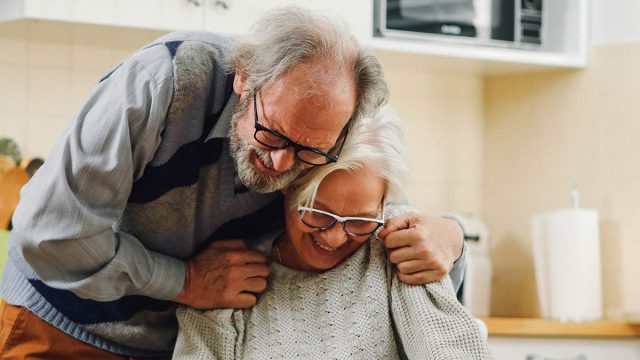 Editor’s note: These changes to the Medicare Part D program will not affect status or grant amounts of current grant recipients.

There are six key health provisions, signed into law through the Inflation Reduction Act, that will take effect in the coming months and years. The PAN Foundation has advocated for lower out-of-pocket costs for years, and we are thrilled for the impact they will have for millions of Americans. I’ve broken them down below, along with the timeframe for each.

We are already counting down to the beginning of the annual cap on out-of-pocket prescription costs, along with these other reforms. If you or a loved one is a Medicare beneficiary, bookmark this post and mark your calendar for the long-awaited financial relief.

Vaccines without co-pays in 2023

Out-of-pocket costs for vaccines in Medicare Part D can be unaffordable for many. For example, for some people with Part D plans, the shingles vaccine can cost several hundred dollars. Studies and surveys have shown over and over that cost is often the reason older adults don’t get their needed vaccines.

Beginning January 2023, people with Medicare Part D will no longer pay for vaccines. Part D plans will not require deductibles, coinsurance, or other cost-sharing for adult vaccines recommended by CDC’s Advisory Committee on Immunization Practices.

In 2020, more than 4 million Medicare beneficiaries with Part D got a vaccine. Without the price tag limiting access, the number of people who stay current on immunizations—and stay healthy as a result—will increase.

In 2020, people with Medicare Part D insurance spent $1 billion out of pocket on insulin, according to analysis by the Kaiser Family Foundation, a total that has continued to climb over the years. The average price per prescription was $54, though some people spent more.

Beginning in 2023, all people living with diabetes who have Medicare coverage will pay no more than $35 per month for their insulin products, including insulin covered under Part D and Part B. Medicare Part D plans include both stand-alone plans and Medicare Advantage drug plans.

Insulin used through traditional insulin pumps is covered under the Part B program.

The federal Low-Income Subsidy program, often referred to as ‘Extra Help’ covers most out-of-pocket costs for Medicare Part D premiums, deductibles, and prescription co-pays for qualifying individuals. As the name indicates, this program is meant to help people with lower incomes. In the current model, a person with an annual income of up to 135 percent of the federal poverty level can qualify for the maximum amount of assistance. People who have a higher annual income—up to 150 percent of the federal poverty level—can qualify for some lesser or “partial” assistance.

Beginning in 2024, a person who makes up to 150 percent of the federal poverty level will be able to apply for the program’s maximum assistance. For context, in 2022, 150 percent of the federal poverty level translates to an annual income of about $20,000 for an individual. In addition to income level requirements, there are also asset limitations to qualify.

This is important because previously, many people were ineligible for full support, despite their limited resources. The Social Security Administration estimates that the Extra Help program is worth about $5,100. For someone with an annual income of about $20,000, who is living with a chronic illness, that money is life-changing and for some, lifesaving.

To learn more about the Extra Help program and see if you qualify, visit our Extra Help education hub.

An annual limit, or cap, on prescription costs in 2025

It may feel like financial relief in 2025 is far off, but some people will start paying less out-of-pocket in 2024. Let me explain.

Currently, after a person spends a certain amount out of pocket on their prescriptions, they enter the “catastrophic phase” of their coverage. The amount they spend to reach this phase varies by year and plan specifics, but it’s typically at least several thousand dollars. In the catastrophic phase, they no longer have a co-pay, but they must pay five percent of the total price of their prescriptions for the rest of the year. That may sound like a small number, but for people with expensive medications, that amount can be enormous.

Beginning in 2024, people with Medicare Part D will no longer have to pay that five percent in the catastrophic phase. In essence, this sets up an annual cap in 2024, so relief is in sight. In fact, the Kaiser Family Foundation estimates that people using brand-name medications, on average, will pay no more than $3,250 in 2024.

For decades, there has been no limit on how much people with Medicare insurance spend out of pocket for treatment. For people living with serious illnesses, out-of-pocket costs for prescription medications can be very high—for many, it can be thousands or even tens of thousands of dollars each year. This can lead to older adults draining retirement funds, taking out a second mortgage, taking on credit card debt, and more.

Beginning in 2025, people with Medicare Part D will spend no more than $2,000 per year out of pocket for their prescription medications when the annual cap takes effect.

Monthly payments that can “smooth” yearly costs in 2025

Last but certainly not least—in fact, I’d argue that this is one of the most impactful reforms in the new law—comes a monthly limit on out-of-pocket costs.

People on Medicare often face very high out-of-pocket costs for prescription medications at the beginning of the year when their deductibles reset. With no limits in the current system, people with Medicare face the challenge of trying to budget for unlimited medication costs.

Beginning in 2025, people with Medicare Part D plans will have the opportunity to pay out-of-pocket prescription costs in monthly installments, with a monthly limit on spending. This will help “smooth out” costs throughout the year, making them more manageable and affordable.

This is going to make budgeting for costs possible for people with limited incomes. While the annual cap will make a difference, without the ability to smooth out costs, a person on Medicare could face a $2,000 bill in January. Our research has shown that most people can’t afford to spend more than $200 in any given month. Monthly limits will mean predictable costs that more people will be able to budget for.

We are thrilled that these reforms will start rolling out and rolling back the price of treatment for millions of people. The Inflation Reduction Act didn’t address everything PAN has advocated for, and there are still people who will need assistance affording their medications, but this landmark legislation is a big step in the right direction.