Prospects for action on drug pricing in 2020 - PAN Foundation 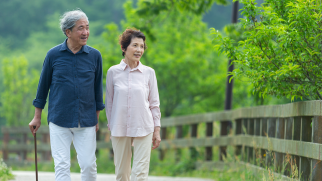 2022 Campaign of Hope: Give the gift of peace of mind

When high out-of-pocket medical costs hurt our loved ones, it hurts us all. Your support helps more people get the treatments they need.

After a busy 2019, we now embark on a new year with the hope that 2020 will be the year that Congress and the Administration take action to stem the ever increasing cost of drugs to patients.

Congress ended 2019 taking action on a number of health care and public health priorities but there is much left to be done to address the health needs of the nation. Self-imposed deadlines, a shortened legislative calendar, impending court action on the Affordable Care Act, and the presidential election are all conspiring to keep pressure on Members of Congress to take action.

Springtime, after an impeachment trial and before election season kicks into high gear, may be the best window of opportunity for healthcare legislation. We could also see action during the lame duck session after the election in November.

Drug pricing will no doubt be at the center of the health care debate as it was in 2019. Now that the Trump Administration has released its limited drug importation proposal, it remains to be seen if the Administration plan will have a noticeable effect before the November election, as the plan is still subject to public comment and does not have a start date.

The plan is also limited in scope, only applying to certain brand name drugs to be imported from Canada. Critics of the plan, including the pharmaceutical companies themselves, will no doubt raise safety questions about acquiring drugs from outside the U.S. supply chain.

Congress may yet be able to reach its own deal on drug pricing, building on efforts in 2019. Congress, after all, included the bipartisan CREATES Act in its year-end deal, which is a positive sign that drug reform can advance. However, the CREATES Act took three years to become law and it pertains to drug patents and the development of generics and will not directly impact drug prices.

In terms of Congressional action in 2020, I expect most attention to focus on two bills. The first, S. 543, the Prescription Drug Pricing Reduction Act, authored by Sens. Chuck Grassley (R-IA) and Ron Wyden (D-OR) was passed in the Senate Finance Committee in September. The second, H.R. 3, the Elijah Cummings Lower Drug Costs Now Act, passed the House of Representatives in December. Both of these bills restructure the Medicare Part D drug benefit, include an annual cap on out-of-pocket expenses that spreads the costs throughout the year, and contain provisions requiring drug companies to rebate price increases on their drugs that go above inflation.

President Trump has said he will support the Grassley-Wyden bill, however, the Senate Majority Leader Mitch McConnell (R-KY) does not. With political pressure and public support for drug pricing legislation there is still an opportunity for passage of a drug pricing package but it is highly unlikely that giving Medicare the ability to negotiate drug prices makes it into a final deal.

There will be an opportunity for the inclusion of drug pricing legislation in a larger health care package come May 22.  As part of a December funding deal, Congress extended a number of important programs to both Republicans and Democrats that are set to expire on May 22 unless action is taken.

The health care “cliff,” as its being called, will bring House and Senate leaders to the negotiating table. Of course, it is hard to predict the political atmosphere in Congress five months from now. By then, we will a clearer sense of who the Democratic nominee for President will be, and if that nominee is a Medicare-for-All supporter it could reframe the debate over Medicare legislation on Capitol Hill.

And let’s not forget that between now and May the Senate will conduct an impeachment trial, which will take up significant amounts of its time, and strain bipartisan partnerships. In an already truncated legislative calendar owing to the election year, with Members away from Capitol Hill for party conventions in the summer and campaigning in October, there is precious little time available to pass health care legislation.

As I learned during my time in the House, Congress loves to back itself up against a deadline, so I expect the May 22 health extender deadline to accelerate health care negotiations come spring. There is still some momentum for drug pricing reform, and broad agreement on policies like capping out-of-pocket costs for beneficiaries in Medicare Part D. It will be up to the voters to keep up the pressure on Congress and the Administration to take action to provide Americans relief from the increasing costs of the therapies they need to live longer and healthier lives.