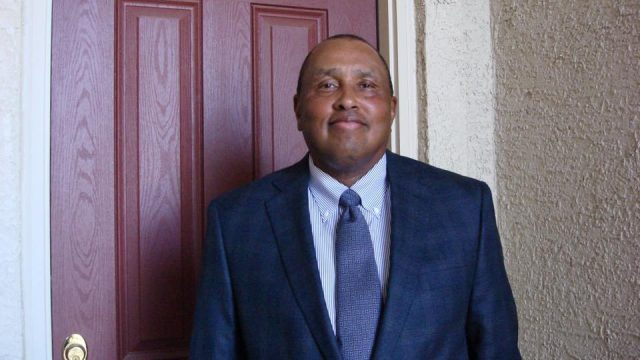 From Texas to Singapore to a life-altering diagnosis

George is a retiree who lives in Irving, Texas with his wife, Cheryl. For more than 40 years, George worked in IT, making his way from computer programming to managing data centers to serving as a solutions architect for an account worth $100 million.

During that time, George traveled extensively to conduct business—he easily rattles off a few of his destinations from “Germany to Paris, to London, Scotland, to Canada, to Stockholm…” before realizing he neglected to mention much of Asia, Australia, all of the United States, and too many others to list. (His favorite, so far, is London—a place he and his wife hope to return to as tourists.)

But when George connected with the PAN Foundation, it wasn’t to reminisce on the joys of travel, but to discuss how he manages living with chronic lymphocytic leukemia (CLL).

The true costs of living with a chronic health condition

When he was first diagnosed with CLL in 2002 following a routine exam, George was given five to seven years to live. “Prior to that, I was the healthy, athletic type out running five miles every day, having fun,” George said.

Because George was working upon his diagnosis, he chose a health insurance plan through his employer with the most extensive coverage, opting to pay the steep premiums. At least that way, George reasoned, he could reach the out-of-pocket limit and receive coverage for the treatment that inevitably followed.

“It gave me that piece of mind…the emotional piece of mind, to focus on my job and family and things like that,” George said.

“Since I’ve retired and gone onto Medicare, that’s different,” George explained. “There’s no out-of-pocket limit for drugs on Medicare and it has definitely caused me some agony.”

Prescription drugs on Medicare are completely different than on private insurance, according to George. “It’s something I deal with day to day, week to week, month to month, because it lacks predictability. This year already, I’m over $100,000 in drug costs…that’s the level of costs that I see.”

Focusing on quality of life

In the 18 years since George’s initial diagnosis, he has had time to reflect on what it means to not just live, but to live well.

“What is my quality of life today? Can I dress myself, and feed myself, and go on walks with my family? That’s what’s important to me: not how long I live,” George said.

Despite living with leukemia—or perhaps, because of it—George stresses the importance of laughter and finding joy in the everyday.

“You know, in the business world—oh, you’re sitting around the table and someone will say, ‘Ah, we gotta get this done! This is life or death.’” George pauses for effect, flashing a big grin. “Nooo. It’s not really life or death. I promise you. I can tell you: This is not life or death.”

Yet the reform George seeks for Medicare Part D actually is.

While discussing the barriers of Medicare Part D, which has no cap on out-of-pocket prescription costs, George recalled the words of Dr. Martin Luther King Jr.

George paraphrased: “Martin Luther King had a statement. He says, ‘I’m not worried about the people who hate me. I’m worried about…the people who stay silent about me.’ I’m looking for that ‘silent majority’ to wake up and get involved, because only when we all collectively act will things change.”

If you were a member of Congress, here’s exactly what I would say. I would say: I’m George Valentine. I worked for more than 40 years, working every day, paying taxes, paying social security, paying Medicare, and I need something from you. I need you to help me get to a predictable medical drug cost annually, and I have some ideas on how we can do that together.