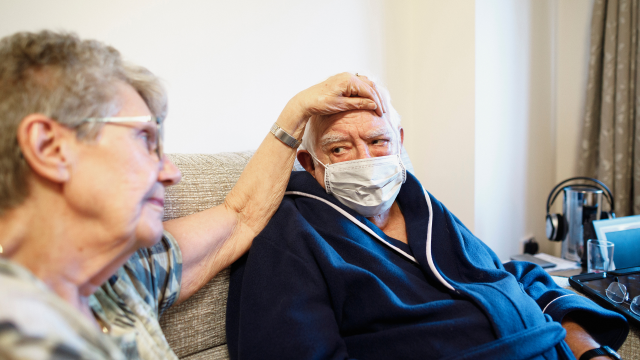 Each year on January 1, health plans reset for millions of Americans with serious and complex illnesses, restarting the slow and often expensive process of working toward their annual deductible and maximum out-of-pocket limit. But for people with co-pay accumulator policies built into their health insurance plans, there’s a much steeper hill to climb.

With high-deductible health plans on the rise, patients can owe up to $8,700 out of their own pockets before their health plan will begin to pay the first dollar. For people with chronic health conditions—who consistently hit their maximum out-of-pocket limit year after year—third-party financial assistance from pharmaceutical companies and non-profit organizations is often the only way they can afford their treatment. However, commercial health plans are increasingly implementing co-pay accumulator adjustment policies that change the way patients can use third-party financial assistance.

A patient with such a policy can use financial assistance up to the annual limit, but there’s a catch: the health plan no longer allows third-party financial assistance to count toward the patient’s deductible or annual out-of-pocket maximum, greatly reducing access to critical and often life-saving prescription medications.

Fortunately, there’s a simple solution to these burdensome practices. The Biden administration can directly address the use of co-pay accumulator policies in the Centers for Medicare & Medicaid Services’ (CMS) Notice of Benefit and Payment Parameters (NBPP) for 2023. By updating the current draft to reverse previous rulemaking that expanded plans’ ability to implement these harmful policies, the administration would ensure more affordable access to critical medications for thousands living with a chronic illness.

The impact of co-pay accumulator policies can be devastating. Most people don’t realize their health plans block financial assistance from counting toward their deductible until they are standing at the pharmacy counter with a surprise bill. For example, Robin Lancaster thought the $10,000 she was asked to pay when picking up her medication for primary myelofibrosis—bone marrow cancer—was a mistake. 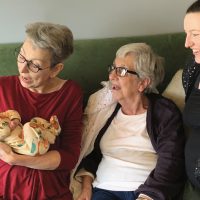 For years, I was able to use financial assistance from the drug manufacturer to pay for my medications. It was shocking to have a $10,000 surprise in January,” Robin said. “It had taken us years to build our savings, and then they were gone.

Robin had used financial assistance to help pay for her out-of-pocket responsibility. It was the only reason she was able to afford her prescriptions. But when her husband’s company changed insurance plans to a high-deductible plan with a co-pay accumulator policy, the third-party financial assistance stopped counting toward the family’s annual deductible. Thousands of people with chronic health conditions like Robin will face this exact scenario every year unless a ban is placed on these programs.

Regardless of the original intent of co-pay accumulator policies, they continue to put the most vulnerable patients in harm’s way, unable to access critical treatments. In fact, a recent survey conducted by the National Hemophilia Foundation, in conjunction with the Arthritis Foundation, Autoimmune Association, and the American Kidney Fund, found that 69 percent of patients who depend on financial assistance to afford prescription medications make less than $40,000 a year.

It’s important to note the broad, bipartisan support for ending these deceptive practices. The Help Ensure Lower Patient Copays Act, recently introduced in the U.S. House of Representatives by Reps. Donald McEachin (D-VA) and Rodney Davis (R-IL) along with more than a dozen bipartisan co-sponsors, would ban these policies and require health insurance plans to apply third-party financial assistance toward patients’ out-of-pocket maximums. Nearly 150 groups representing patients with serious and chronic conditions voiced support for this legislation and continue to sound the alarm on these harmful practices. To date, 12 states and Puerto Rico have banned co-pay accumulator adjustor policies, but there must be action at the federal level. States do not have jurisdiction over many commercial and self-funded insured plans, leaving many patients unprotected.

We applaud the Biden administration’s efforts to increase access to health care and coverage, but more is needed to ensure that people living with chronic illness can afford ongoing and necessary care. By addressing the use of co-pay accumulator policies in the final version of the 2023 NBPP, patients living with chronic illness will have additional security when accessing critical medications—the health of thousands depends on it.