Brenda Howell: a birthday celebration that keeps on giving - 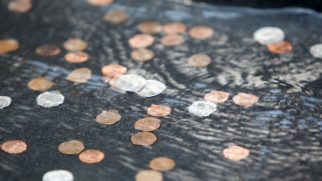 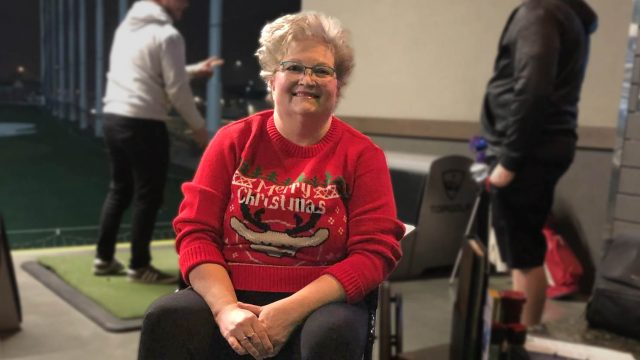 “She was always the first to send a card. For every holiday! Birthdays, Thanksgiving, Christmas…” her cousin Cory Sylvester described, “I always thought I was the special one, but when Brenda passed everyone talked about her cards. She sent cards for like 40 years – since her early 20s.”

Because Brenda knew the importance of celebrating a birthday, her father, Robert Sylvester, and Cory decided to honor her life and legacy with an annual golf tournament held each year on her birthday, June 16th. A golf tournament was a natural decision. The entire family is athletic and everything they do is centered around sports. Brenda herself was a gymnast for most of her life until her fight with Multiple Sclerosis forced her to retire.

After they decided on a golf tournament to honor her, they knew they wanted to give back with the funds raised but weren’t sure where. That was until her sons Ryan and Bracken got involved and unanimously declared that PAN should receive the honorary funds raised.

Without PAN, Brenda’s Multiple Sclerosis treatment would have cost her hundreds of dollars out-of-pocket each month. But with the co-pay assistance she received from PAN, Brenda was able to afford her medications and live a longer life. That’s why her family went all over town to promote PAN and to spread the word on the golf tournament to garner sign-ups. The first annual event was in 2022 and raised $10,000 in support of the Multiple Sclerosis disease fund at PAN to help people like Brenda afford their medications.

“Brenda was the kindest person you’d ever meet. And I know everyone says that, but for Brenda it’s true. She never once complained about her disease. She always wanted to know how everyone else was doing.” Cory explained, “She gave herself selflessly.”

Brenda and her husband, Ted, would often host parties at their home multiple times a year. Ted designed the entire house to meet Brenda’s needs. From wheelchair access and walkways to a big outdoor deck where she could spend time with her loved ones. Some of their parties had as many as a hundred guests and Brenda would do her best to socialize and greet everyone, until her disease made her too tired and she’d have to retreat and rest.

“It was gut-wrenching,” said Cory. “How could someone so loving go through such a struggle?”

Brenda’s family described PAN as “instrumental” in helping alleviate her struggle and keeping her alive for as long as possible. That’s why they believe so strongly in supporting PAN.

The world is getting more and more complicated. Funds are limited and for PAN to help people like Brenda afford their medication to help them get through their diseases… it’s paramount.

Not only did Brenda’s family donate the $10,000 they raised from the golf tournament to PAN, but they also used it as a challenge to donors to raise an additional $10,000 for PAN grants. Based on the response from the first annual golf tournament, the family expects next year’s event to sell out and for it to grow each year to support PAN in honor of Brenda.

Your monthly donations make a difference

Your support helps people like Brenda afford their monthly treatments.