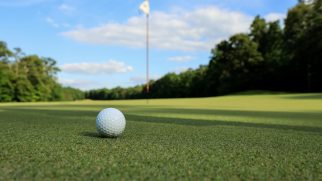 Those are just a few of the roles Doreen has mastered over the years. An energetic 66-year-old, Doreen manages a tea and gift shop, “Get Loose Tea & Art,” in Sarasota, Florida with her wife Lisa.

Diagnosed with hepatitis C at only 23, Doreen didn’t let it slow her down. As a successful photographer in New York City for over two decades, Doreen’s work was featured in New York Magazine, Modern Bride, Golf World, Wedding Pages, among other publications.

After managing an award-winning inn and gallery in Cape Cod’s Provincetown for several years, Doreen and Lisa started looking for that perfect place to retire.

“Once we found Sarasota, we knew that was where we wanted to land. We sold everything we had, bought a home and opened our tea and gift shop in November 2015,” Doreen says.

Less than a year later, Doreen noticed some bleeding. Her gynecologist did a biopsy and shared devastating news: she had uterine cancer.

Doreen had a hysterectomy in March 2016. During the procedure, the surgeon also examined her liver. Many years battling hepatitis C had left its mark.

“He said that my liver looked beat up,” Doreen recalls.

Several months later she heard about a medication that has been successful in treating hepatitis C. Unfortunately, cost was an issue. Even with her insurance, Doreen was concerned about how she would afford the treatment.

“My doctor’s office told me about the PAN Foundation and helped me apply. In July, I got a phone call and was told that I was approved,” says Doreen.

Now on the treatment for months, Doreen’s health has improved and stabilized.

“The medication worked. My blood levels are where they should be, my cancer is gone, and my liver is recovering,” Doreen says.

Giving back is important to Doreen. She speaks at an annual conference focusing on empowering companies to become more patient-centered, and she also wrote a memoir.

“It’s called ‘Without Faith’ because my mom died when I was young, and her name was Faith. I’ve been through a lot since then, and I am so grateful to PAN for becoming part of my recovery story,” says Doreen.

Doreen has a message for those diagnosed with a serious illness: “Do not blame yourself. Cling to whatever gives you hope. Ask for help. Talk to people around you, look for research. When you come out on the other side of this, you’ll be able to help someone else.”